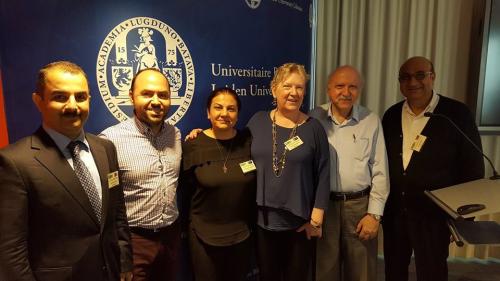 Robin Dougherty, Librarian for Middle East Studies at Yale, delivered a fascinating presentation last week at the Middle East Libraries Committee (MELCOM) conference held at Leiden University in The Netherlands. Her talk focused on Edward Elbridge Salisbury, who graduated from Yale in 1832 and was appointed Professor of Arabic and Sanskrit there in 1841. His life and legacy will be the focus of an upcoming exhibit in Sterling Memorial Library this fall. MELCOM is a non-governmental organization, devoted to promoting co-operation among individuals and institutions in Europe, the Middle East and throughout the world concerned with all aspects of (Middle East) librarianship, book collecting, the book trade and publishing. Robin also met with current and prospective vendors, as part of her responsibility to grow and strengthen the Yale Library’s collections in Middle East Studies. More info at http://www.melcominternational.org Photography credit: David Hirsch Yale University 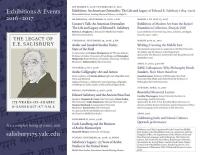